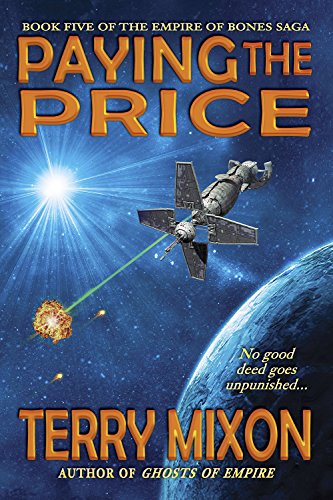 Admiral Jared Mertz is finally ready to head home, after over a year of being sent on his exploration mission. Not to mention the fact that he isn't returning in the same ship he left with. He's bringing a few new ones with him. Right before they leave to head home they make a a breakthrough discovery. Getting home was made easier and faster. But how will they be received? Princess Kelsey is now basically Wonder Woman, and so many ships and people were lost in their fight against the Rebel Empire. Not to mention that Kelsey's brother, the crown prince and heir to the thrown, hates Jared with a passion. He sees Jared as an usurper trying to steal his throne. Admiral Jared is the half brother of Prince Ethan and Princess Kelsey, but he wants nothing to do with ruling the Empire. Will he be able to convince Ethan of his sincerity, or will Ethan go beserk and try to start a civil war?

Definitely the best book in the series so far! The storyline is heading in an awesome direction, and I can't wait to see where it goes. The author has created an awesome universe in this series. The writing and dialog are top notch. I highly recommend reading this series. It's by far one of the best I've read in a long time!