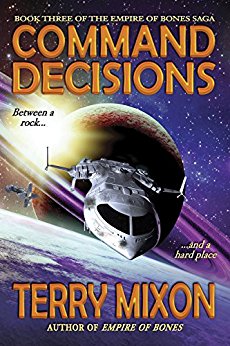 Commander Jared and Princess Kelsey have won a hard fought battle over Erosi, and discovered that a remnant of the Old Empire still exists. Not to mention a force of people survived the Pale Ones on Erosi, and have lived underground for 500 years! Jared has pledged to help them against the Old Empire fleet remanant coming to Erosi soon. However the arrival of a small fleet from Jared and Kelsey's home planet throw a wrench in all their plans. The captain in charge of the fleet hates Jared with a passion. With a battle on two fronts, can Commander Jared and Princess Kelsey stop the Old Empire from revealing their existence to the rest of the remnant?

I love how the author has written this series. Each book is better than the last, and they are so addicting! The dialog is fantastic, witty, and hilarious! It keeps you on your toes, and the edge of your seat, the whole way through. This hoas easily become one of my all time favorite space opera series. I highly recommend it! Check it out!