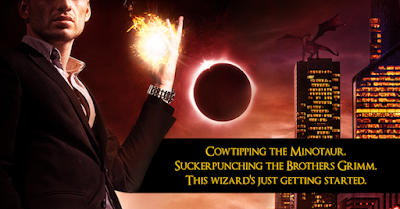 Hi Shayne! I am a huge fan of yours and this series! Thank you so much for taking the time to do this interview! I am honored!


What inspired you write The Nate Temple series?

I've been a reader since I was a kid, even winning a publication for a short story I had written in 4th grade. Nothing special. Maybe the competition had been weak that year, but I ran with it. I devoured books. Robert Jordan. Terry Goodkind. Ayn Rand. And enough others to bore you guys to death with the list. Long story short, many stories left my imagination reeling with thoughts - 'Wouldn't it be cool if they had done this instead...' or 'what if the magic worked like this?' At a low point in my college days, I found myself in a reading slump, where no matter what I tried to pick up simply bored me to death. And I began to scribble. I was working on a Peach Farm in Colorado, picking peaches by day, writing and sleeping in a barn by the cool Colorado nights, and working at fruit stands in the Aspen Farmers' Markets on the weekends. I ended up producing total crap, but I got a lot out of my system and ended up feeding my mind with the right juice to realize my calling. Watch out, world...

I will have four full-length novels and one novella in the series by the end of this year. I have four more planned for 2017, but I can look anyone in the eye and tell them that there will be over 15 in the series. I have big plans for Nate, and many fun characters to display to the world - Gods, Goddesses, monsters, villains, folk tale characters, and many more - some very well known, and some that we may have heard of but never really read about. Definitely new characters to the fantasy world. Kind of like what I did with the Minotaur. Most have heard of the Minotaur, but did they know he had become a Buddhist and was alive and well? All these legends are  conglomerating on St. Louis, and Nate has a rough few years ahead of him before the dust will settle.

I would say both. I flesh them out and prop them up in my meticulously planned outline, but then sometimes one of them will step off their cue and do something totally hilarious or evil, making my story ratchet up a notch. I have lost count of the number of times my characters have inspired me to make the book better. Not sure what that says about my mental health, but it's the truth.

I will plead the fifth on that one... I will say that any artist uses anything and everything around him for inspiration, whether it's a beautiful piece of art, clever banter at the bar, or perhaps some particularly memorable cretins we may have encountered in our own personal lives... Use your imagination.

Nate and Death. Nate is obviously fun because he is so out of touch with the world. His snarkiness level represents all the things we wished we could have been clever enough to wield against our annoying coworker or boss. But also, I have fun writing him because he represents a time in our history when certain courtesies were commonplace, but have since gone extinct. It's also fun to knock him upside the head with his shortcomings. When someone is so arrogant, it's fun to kick their feet out from underneath them. Death is fun because he is so mysterious. Even to me. Everyone is terrified with the prospect of dying, but he is so vague and calm about everything. You never know if he's a pushover or if he's suddenly going to sprout bony wings and a giant scythe to lay waste to you for not holding the door for him. The fact that he's so polite, but that everyone is so leery around him is fun. They must know something Nate doesn't...

Researching the old fables, fairytales, folklore, mythology, and biblical lore. Finding ways to include forgotten characters into my story, and how to make them refreshingly unique. For example, the origin story I gave Death was particularly fun for me to write.

The women. They are a mysterious species, the most rare and misunderstood of all supernatural beings. I'm actively working on fleshing them out on a much deeper level (which I was always intending on doing), and in Silver Tongue this December... well, let me just say that the only reason another book is coming out afterwards is thanks to the ladies...

I have definitely considered writing prequel stories for Gunnar, Alucard, and a handful of the other main characters who find themselves absorbed into Nate's world.

Jim Butcher - for his amazingly complex ability to weave threads of a story into one cohesive whole. Robert Jordan - for his imaginative nature on how to display magic in an entirely new way. Terry Goodkind - for his ability to portray emotion and passion. Too many more to name, but those are at the top.

The next book in the Amazon Bestselling Nate Temple Series is coming out December 5th, 2016, so catch up now. As a reader, I well know the frustration of having to wait 1-2 years between new releases. So I'm scheduled to release one every three months in 2017. Also, I'm a real person. If you ever want to get in contact with me, just email me, message me on Facebook, or any of the other bajillion social media avenues at your disposal. Many authors are distant from their readers. As much as I can, I'm trying to bury myself into the trenches with you guys and gals. I love to hear from you, joke around with you, see your sketches of characters, hear your witty comments (which may or may not be utilized in future books), and generally just socialize. But most importantly, buy my books. I have a serious coffee addiction, and prices keep going up. More coffee equals more books. 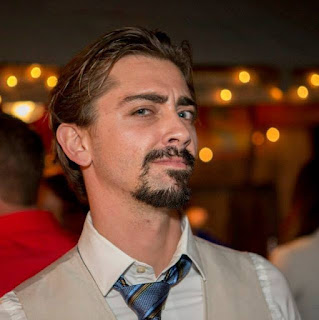 Shayne Silvers is a man of mystery and power, whose power is exceeded only by his mystery. In other words, a storyteller, a raconteur, a fibber...

He currently writes the Amazon Bestselling Nate Temple Supernatural Thriller Series, which features a foul-mouthed young wizard with a chip on his shoulder attempting to protect St. Louis from the various nasties we all know and fear from our childhood bedtime stories. Nate's been known to suckerpunch an Angel, cow-tip the Minotaur, and steal Death's horse in order to prove his point. His utter disregard for consequences and self-preservation will have you both laughing and cringing on the edge of your seat.

Shayne holds two high-ranking black belts, and enjoys conversing about anything Marvel, Magical, or Mythological. You might find him writing in a coffee shop near you, cackling madly into his computer screen while pounding shots of espresso. He may just be as mad as a hatter... 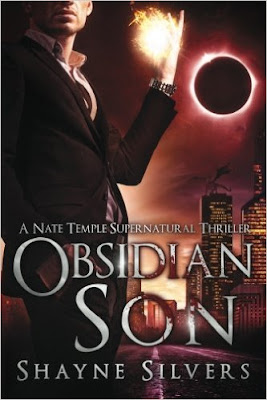 Click here to get a free copy from Amazon of book 1 in the Nate Temple series - Obsidian Son!
(Book 1 is only free from November 14th - 16th) 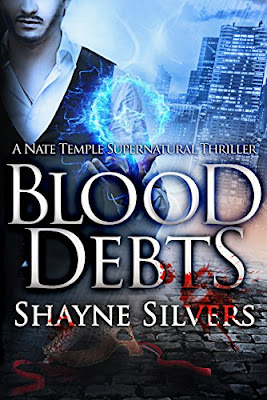 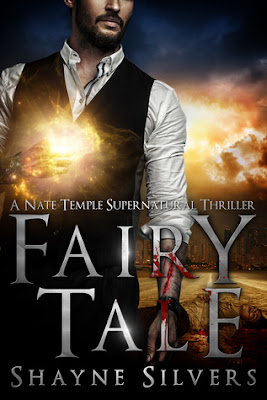 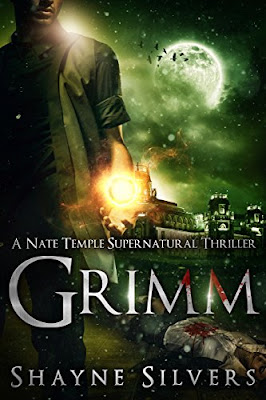 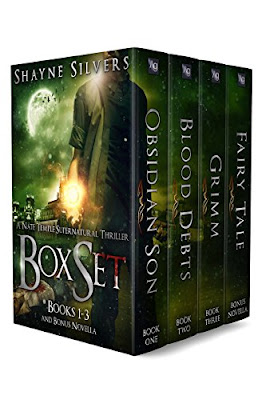 Book 4 in The Nate Temple Series - Silver Tongue comes out December 5th for sale on Amazon!