What inspired you write this series?

I love pirate movies! The old black and white Errol Flynn types of 'Captain Blood' as well as the 'Hornblower' series by Forrester. ! originally wanted to do the story with that background, but I wanted a larger canvas that space would bring. So I made it a space opera action adventure. I also knew that I'd have to good with all of my nautical language, and that would also be a hard one for readers to grasp. In fact one of my beta readers told me they weren't sure what starboard (right side of a ship) and port (left side of a ship) were in nautical terms. So since it isn't a historical fiction piece based on pirates, I have more liberty with those terms.

Too I love space action adventures. Star Trek (Old series, new series, and love the relaunched movies), Star Wars (except #1-3, Jar Jar and the bad acting from Anakin killed those!), so I morphed it all into a space story that hopefully tells a good story, and has good life lessons.

One other thing, and I have a chapter in all the books, and will until I get the covers redone. I'll eventually have to pay to have someone draw it out, so I apologize for the covers not for the way they look, but the graphic isn't what I want ultimately. I can't find artwork anywhere with pictures of the space ships that I have in my head with ion sails, gun ports, etc. So I hope people's imagination fills in the blanks until then.

Right now I have four planned. The prequel, "The Hornet's Nest" is finished and is free when someone signs up to the mailing list.

Wayward Hope is book one in the Rogue Shepherd Series, and I'm right now working on "The Gimti Revene" which I hope to have out around Christmas. Part three will be released in February hopefully and while I have the framework of that story, I don't have a title.

Even though these are in a series one thing that is important is that every book with be stand alone story.

This is the best question!

That's a funny question for me to, cause as I was writing some characters to me are so fixed, and others have a life of their own. The main character is Luke Shepherd, and he has surprised me occasionally, But one of my favorite characters, Tobias Hawkins was different! I fell in love with that character after writing the name. I could see him in my mind. I remembered thinking 'this will be fun for a great while!' AND then he went somewhere and the story went somewhere and that it just had to go, and it worked, but I hated it!

That was a hard couple of chapters for me! So I'd say in this series they are 50/50, but they do surprise me sometimes and I love it when they do!

Not exactly but one name is only for a visual reference.

Overall Luke and the inward struggle he has to overcome, but again Tobias Hawkins threw more for a loop in Wayward Hope. I'm now fascinated with the story of Luke and another character Charles Bridges, son of the General of the Twelve Clans in Book 2. Has to be the best part of letting a character come to life, and I do hope that I paint that picture.

Trying to answer the question of being a Rogue?

What does a person do when everything or everyone gives them a specific path? But the right path is somewhere else.

What does a person do in that moment of decision?  Will they let fear set in and stop them from doing what is ultimately right? That's a broad life question to me, since we don't have the ability to judge the intent of the heart of someone, and the actions we choose may seem wrong from the outside, but the hope is they are justified and proven right.

And too often we just short and harsh based on the initial action's of a person without knowing the background that drove the path they've chosen.

Continuity of world creation. I almost wish I'd made it a pirate story set in the Caribbean. No I chose planets, ion drives, blasters, ion sabers, and my notes just keep growing to keep my head in it, and the story flowing. But I write what I like to read, so I don't overdo background so it hasn't been terribly bad, but my fear is that on page 146 I'll be on Splendor 4 when it should be Graco, or I've blown up Terebinth, or a nebula. Sheesh!

Well I already have a prequel novella since one of my readers specifically sent me a list of twenty questions she wanted answered! And after thinking many of them were good questions. So in "The Hornet's Nest" I answer I believe the most important ones. As a thank you, any of your readers that want the prequel free they can go to http://rogueshepherd.org and get it.

I don't have any major plans for a spinoff series but my mind daydreams of spin offs that I see that I think work, and that intrest me. Ihave to keep shoving them out of my mind so I can concentrate on what I'm writing now. As I'm working on Book 2, I can see easily writing at least two more than the original three, but we'll see. It also depends if my readers enjoy it, and if they do, I'll keep them coming till I've gone Rogue!

Love some of Stephen King's books! Great story and love his pacing.

Someone it seems no one today reads is Earle Stanley Gardner, writer of the Perry Mason novels. Sadly most people only know of the television show, but I love his books. They can be very fast paced in the story, with unexpected turns, and someone who likes to read and watch movies, I can usually pick the story out about half way through
.
That also makes it hard to write for me though. I figure if I can see it so well, everyone can, and the plot must be paper thin. And that is where characters come in, because I'll stay with a story if I like the characters and get emotionally attached. That's my highest aim, and I don't think I ever come close, but I want to write characters that people are pulled to, and root for, and cry when they cry.
Ray Bradbury is another writer, but especially his short stories. Vince Flynn, Tom Clancy, and Steven J. Cannell are some other ones.

Thank you! I know I have readers, not sure of fans... It's very humbling to have some one read something you create. Comment on it. See things in subtext you didn't even realize. Very surreal. Still humbled by that fact! EVERY TIME! 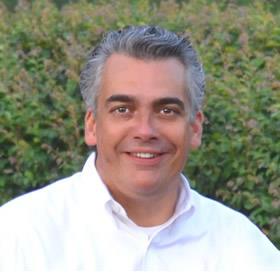 Chris Vaughn grew up listening to his parents, especially his Mother, and others tell the fun, wild stories of childhood, life, and ghosts that held your imagination. The great story tellers are to him artists, though theirs was a verbal tradition. Chris still loves reading, and hearing a good story but prefers to tell them, and now write them.

Chris wants to keep that gift going forward in writing. The stories he heard as a child made it so you couldn’t sleep, which was either from laughter, excitement, or fear! He hopes his stories do the same for you.

He grew up in the South, where the pace of life was slower than he can tolerate. He currently lives in Atlanta, GA with his wife and three children. 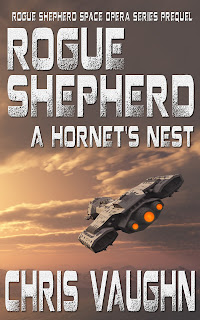 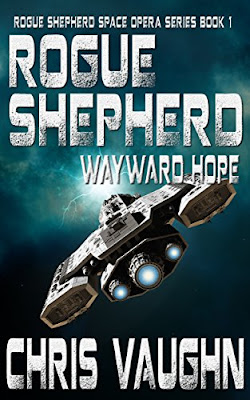 Click here to buy a copy of Rogue Shepherd: Wayward Hope on Amazon