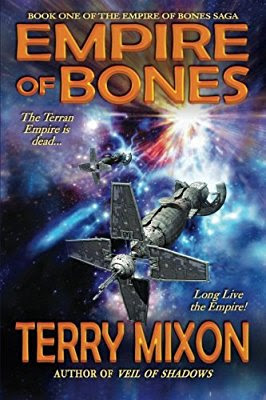 The Terran Empire fell centuries ago. The crown prince barely survived the trip the planet Avalon. The rebellion destroyed all their technology, and left them back in the stone ages. The Empire was reborn and now travels the stars once more. Jared is a Commander in the Imperial Navy. He is also the bastard son of the Emperor. He is being sent on a dangerous mission to explore beyond the Empire's most distant borders, in search of remnants from the old Empire and the lost planet of Terra herself. At the last minute Jared's half sister, The Princess Kelsey is sent along to be an Ambassador on his mission. He is livid! They never got along and she seems to hate him! Can they overcome their differences, and become the hope their people need to succeed in their mission? Will they ever see their home again?

This series is incredible! The author has created an amazing world. The writing is great, and the characters are very well developed. It's fast paced, and hard to put down. I really like the storyline. Can't wait to read the next book! I highly recommend this series!